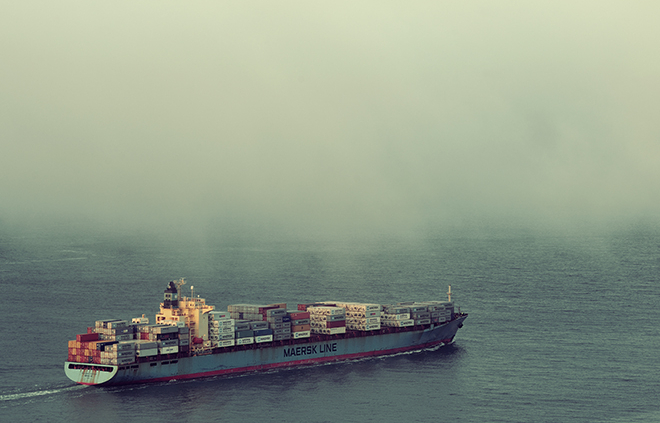 Our topic for today is Ocean Freight Rate Forecast 2022. On the basis of high ocean freight rates on few basic shipping routes, the average cost of the shipping went up to almost 300% in the year 2021. It cost about USD10, 500 to ship a 40-foot container from Shanghai to Rotterdam. This is 550% more than the average cost over the last five years.

Ocean Freight Rate Forecast 2022| Why are shipping costs so high 2022?

The main reasons for high ocean freight rates on all major trade routes in 2021 are an increase in demand for goods after the pandemic, a lack of containers, and a series of “force majeure” events.

This will include the winter storm in the Mid-Atlantic and Northeast of the US in mid-February, the Ever Given ship getting stuck in the Suez Canal for six days, and a buildup of ships in all major ports from Asian countries.

Even though global ocean freight rates dropped by about 15% in Q4 2021. This is mostly because of less goods coming out of China and Europe. Hence, because of a lack of electricity, they aren’t likely to go back to where they were before COVID-19 any time soon.

What things will contribute in ocean freight rate?

Some of the main things that are expected to contribute to ocean freight cost increases 2022-2023 are:

One of the biggest problems the shipping industry will face in ocean freight rates 2022 is making sure ships dock and unload on time and on schedule. During the time of second half of 2021, schedule reliability was almost 25–35%. This was across the 60 carriers as well as 34 trade lanes.

This caused the global container capacity to drop by 25%. Hence, this is because ships had to anchor outside of ports for long periods of time. This is just because of heavy traffic at all major ports for North America and Europe.

From January to March 2022, things got better at major ports like Los Angeles/Long Beach. Here the waiting time went from 109 units to 76 units.

But lack of port infrastructure, like not enough warehouses and space for ships to dock, will be the main reason why port congestion needs to be fixed until 2023.

In the first seven months of 2011, a record number of 276 new ships were booked. This was an increase from the same time the year before. But this isn’t likely to make more ships available until 2023, because it takes more than three years to get a new ship ready for service.

There are also plans, especially in the United States, to improve their old coastal ports. During November 2021, US government has even released around USD17 billion port action plan for improving the waterways, US ports as well as freight networks.

But this plan might not help right away with the problems that already exist in the shipping industry.

3.      Europe’s political problems are getting worse

The ongoing problems in the shipping industry were made worse by the conflict between Russia and Ukraine. With the start of the war, many ocean carriers like Maersk, CMA, and CGM stopped taking reservations to and from Russia.

This led to a buildup of ships at other regional ports, more traffic, and higher rates on those routes. Also, Russian forces could block shipping routes like the Sea of Azo, and the UK and other European countries could stop Russian ships from docking in their ports.

This would add to port congestion and make ocean freight rates go up until Q4 2022. Also, because the ships are stuck at sea waiting to dock, the number of containers will go down as well.

As the West put more oil sanctions on Russia, oil prices went up to nearly USD139/bbl in March 2022. This kept shipping rates from going up even more.

Since the US started bilateral talks with Iran in Vienna to end their conflict, oil supplies from Iran are likely to get better. This could lead to the lifting of restrictions on the sale of oil from Iran.

Because of things like rising demand for goods in major economies, crowded ports, and the conflict between Russia and Europe, it’s not likely that maritime transport will get better before 2023.

But manufacturers and exporters can protect themselves from the maritime transport crisis. They can do this by making better use of the space in containers, extending delivery lead times with customers and allocating containers ahead of time. Finally, by switching from a global to a regional sourcing strategy.

What is Shipping Company all about & how they operate in Market for a Successful Shipping Process?

Examples of Intermodal Transportation, How they work and their Impacts 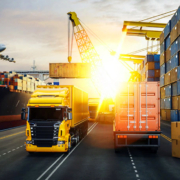 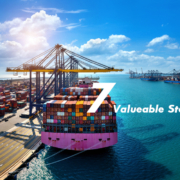 What Happened to RRTS 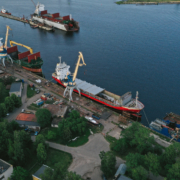 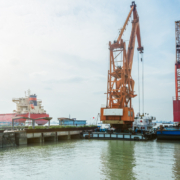 Role Of Freight Forwarder In Supply Chain: The Incomparable Values! 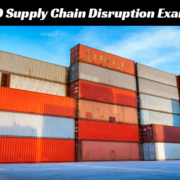